These generous sponsors help keep POWA running. As a POWA Member, you will get to reap the benefits. Provide your POWA membership card where discounts are available.

Hanabee Entertainment was founded in early 2012 and since then has become a household name to thousands of anime fans, having been responsible for the acquisition, production, sale and distribution of a plethora of high profile pop-culture and anime titles.
A licensing company specialising in anime and pop-culture related programs, Hanabee seeks to bring new releases along with their creative cultures to Australian and New Zealand shores.

LiL DenDen makes it their goal to bring you the exciting and unique products you can only find in Japan. If they think it’s cool they’ll bring it to you at the best price. 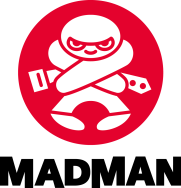 Madman is Australia’s leading independent theatrical, home entertainment distribution and rights management company, specialising in the wholesale distribution of DVD and BLU RAY product into sales channels throughout Australia and New Zealand. We’re passionate about what we do, and that’s the secret behind sourcing compelling content that makes our fans laugh, cry, and rave to their friends about what they’ve seen. 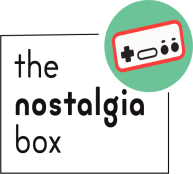 The Nostalgia Box is Australia’s first and only Video Game Console Museum. It offers a fun, unique experience for visitors to learn about the history of video games. Uncover some old friends, fun facts and unexpected creations as you explore the museum. Square off in some of the most popular games in the Games Area, such as Pong, Space Invaders, Super Mario Bros and many more. Come relive your childhood and share these magical moments with the little ones. 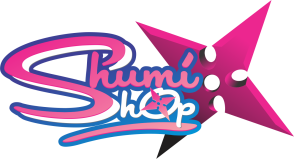 Have a look at awesome Pop! Vinyls, anime collectibles, posters and heaps more! Awesome stuff from Japan.
POWA Members receive a 10% discount on all products, including during sales!

As a long-standing independent player in Australia’s home video and film industry, Siren Visual is committed to releasing provocative, genre-defining anime and film and titles. Our broad catalogue covers the breadth of action, slice of life and horror anime and a variety of cult animation. Not limited by style or genre Siren champions dynamic, unequivocal and often unapologetically unique releases. Actively supporting Anime culture is a key focus for Siren, regularly bringing to light works that would otherwise go unseen in our country.

The mecca of mecha. Established in 2014, Little Robot specialises in Mecha, Anime and Sci-Fi kits ranging from Gundam to Evangelion to Star Wars. We stock the biggest range of Gundam kits in WA and also have specialised tools and parts area.